Spring Tour is about to kick off and this blog will (necessarily) be kicking into high-gear next week. On March 29th, 1994 Phish released Hoist. It was their shortest album to date… even shorter if you consider that 7 minutes of it are taken up by a Split Open and Melt jam.

It was also the most divisive Phish album I can imagine. The production was very “LA” with guest musicians on many tracks and new tunes throughout. Not to mention a video released to MTV for DwD. What was happening to our band? It was a strange time.

I was a DJ on our college radio station at this time and we were sent an advanced copy of the single Down with Disease, so that was the first thing I heard from the album. It was shocking at first. It sounded more like Primus than Phish to me with that bass line. It was off-putting. I continued to not like DwD for years. It wasn’t until the Clifford Ball DwD that I came to appreciate the song.

That said, there is some greatness on Hoist. The opening track, Julius, may be my favorite Phish studio creation… with gospel singers and the Tower of Power horns it is just pure joy. Alison Kraus’s singing on If I could is nothing short of beautiful. Bela Fleck’s banjo playing in Scent of a Mule is astounding. Both Lifeboy and Dog Faced Boy are perfect.

And let’s not forget Wolfman’s Brother. This track stood out to me at the time as a new funky direction for Phish. It was funkier than anything I’d heard from them (except maybe Weigh). I remember thinking they should play more funk like this. Then they barely played this tune for a long time. It really wasn’t until 1997 when the Cow Funk era really began that this song finally came into its own. So, this lone track on Hoist acts as a sort of sign post of where Phish was headed… even if they didn’t know it yet.

Finally, I’ll say this. Hoist is a very cohesive album. Listening to it today as I struggle with Livenation for Chicago floors, it still holds up as a great concept album. It flows as well as any Phish album. It’s very listenable. The production is miles ahead of most of Phish’s studio work. It is layered and engaging at every turn. It was their first attempt to make something with commercial appeal and, while it didn’t exactly catapult them into the mainstream, it is a well-crafted work of art.

But Phish is not a studio band and 1994 is the year they did start to enter the national consciousness. Not surprisingly, it wasn’t Hoist that brought them notoriety. It was their ability to sell out Great Woods. It was their willingness to take huge risks on stage. It was the balls to play the White Album in it’s entirety on Halloween.

They put all this time and effort into creating Hoist in the fall of 1993 then they threw it out and got busy doing what they do. And so, it’s time for me to get busy with this blog. Spring Tour kicks off with the Flynn show on April 4th! 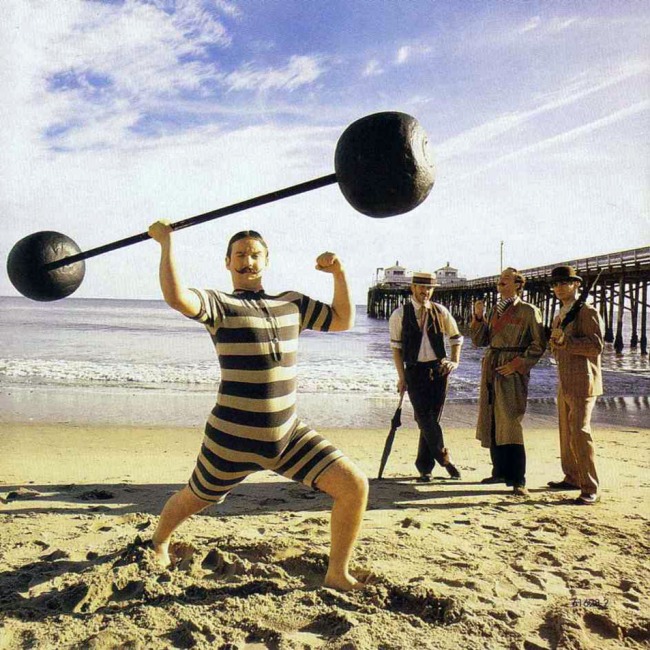